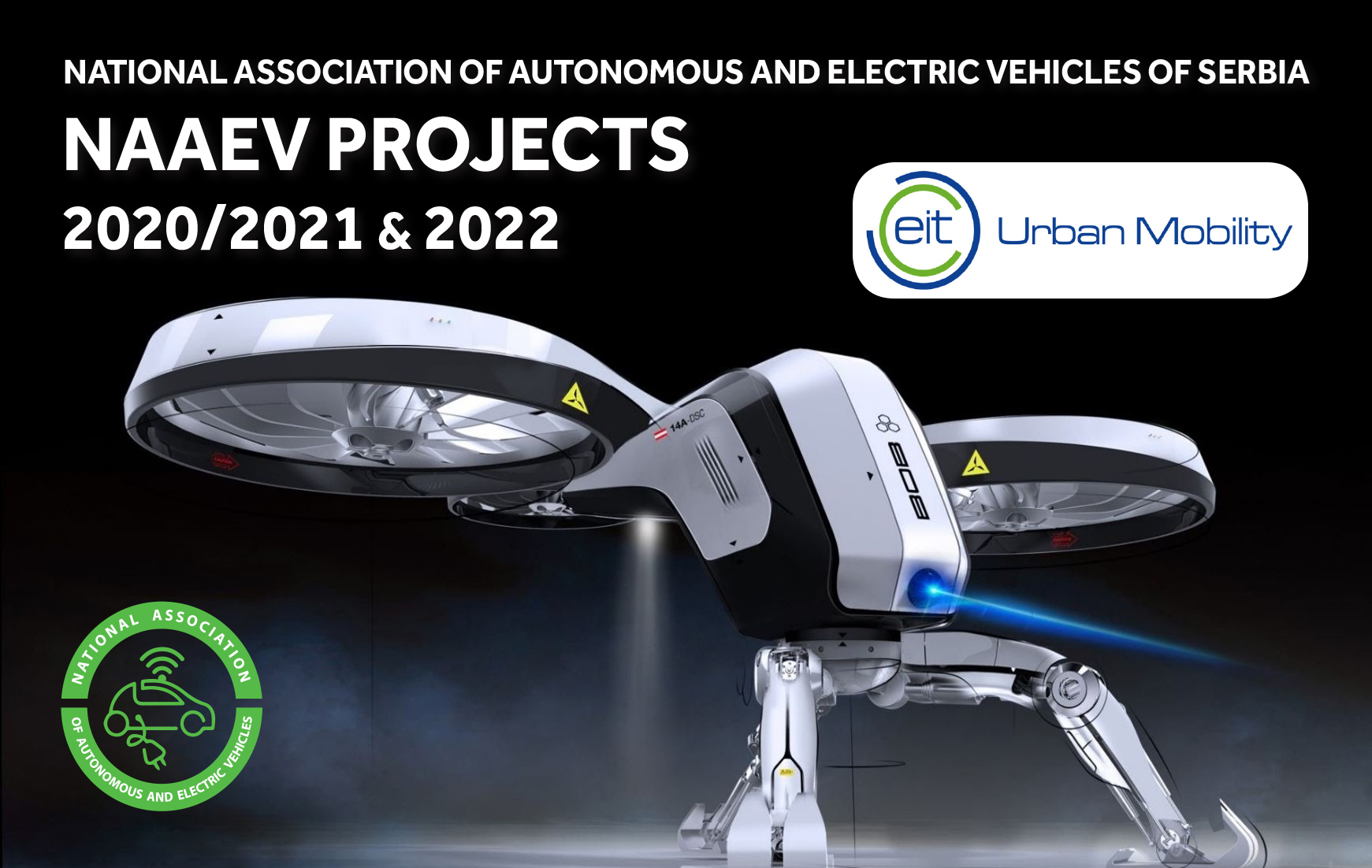 SrbUM Hub project aims to establish an Urban Mobility Hub in Serbia and to be a backbone of local KIC. The Hub will focus on creating a framework that supports any similar UM initiative on local and national levels through raising awareness on making urban spaces more liveable. Following the EIT approach by connecting, educating and accelerating, this will be achieved by organizing frequent meetings with authorities, public and stakeholder surveys, TV and other media appearances. The innovation potential in Serbia will be mapped through stakeholder surveys and joint workshops, and Serbian cities encouraged to join Pan-EU City Club. Also, one of the aims of the Hub will be the promotion of enhancing formal education concerning UM, as well as permanent assistance in fundraising and project implementation.

For whom: The Hub will network knowledge triangle (education, research, and business) with national and local authorities, city governments and municipalities.

Expected benefits: Citizens will benefit from healthier city environments. Indeed, citizens of major cities in Serbia in particular in Belgrade are suffering from long-term air pollution caused by UM. The Hub will fill the gap on a lack of systematic solutions for organized actions that would improve the quality of life in cities enabling an easier transition to new modalities of UM. National and local authorities would benefit from reaching inclusive, green and prosperous additional benefit from SrbUM Hub would be an opportunity for job creation in the mobility sector.

Next steps: The HUB will continuously assist stakeholders in the search for systematic, integrated, user- centric solutions in UM of people, goods, and waste by finding EU and national funding sources and assisting them in project implementation.

The project MeAndYou Distribution aims to employ everyday urban mobility of individuals in the last mile distribution, as in some cases citizens could deliver goods (using cars, bicycles, walking,…) from senders to receivers on their way and help reduce traffic and air pollution caused by delivery vehicles. Within the project new smartphone application will be developed that will allow its users (senders, recipients, and deliverers) to participate in crowd delivery. The APP will incorporate options for ride-sharing, additionally increasing environmental benefits of its use. Through the client application senders and receivers will create delivery tasks (defining time, start & final destination and the cargo). The platform will then choose a deliverer that has the closest match to the parameters of tasks. Green points, financed from the City fee, awarded to users for their eco-friendly behaviour, may be turned to, for example, concert or theatre tickets or free parking. This project will be realized by higher education and business partners from two different RIS countries, and application testing will be performed in a living lab RIS SEE city.

Within MAY-D project new APP will be developed that will allow its users (senders, recipients, and deliverers) to participate in “crowd” (one-to-one) delivery. The APP will incorporate options for ride- sharing, additionally increasing environmental benefits of its use. The cost of a single delivery will be paid either by senders or recipients, and will consist of the delivery fee (paid to the deliverer), EIT support fee (paid to EIT as the supporter of the project), the consortium fee (distributed between members of the consortium, without the City) and the City fee.

Green points, financed from the City fee, awarded to the APP users for their eco-friendly behaviour, may be turned to, for example, concert or theatre tickets, and in case of ride-sharing in exchange for, for example, free parking. The advertising through the APP will be supported and will bring additional income for the consortium and EIT UM.

For whom: The potential users of the APP are cities and its individual citizens (receives and deliverers), and delivery and other companies (senders).

Expected benefits: All users will have the benefits via Green points, delivery companies will decrease their costs (no unattended deliveries and less vehicles on the streets) and cities would reduce traffic and air pollution.

Development plan: Online surveys on the needs of potential users. The APP development and programming considering results from surveys. Pilot implementation in real conditions and launching of the APP. The APP promotion and smart urban mobility awareness raising. Writing of the Business plan to summarize all these activities.

After the Activity: The APP will be further improved, commercialized, and promoted to the interested parties on the local as well as European market.

Real-time scheduler for drone based services in urban areas

The project urbanDRONEscheduler aims to deliver a real-time digital platform for drone operation in an urban area, as well as in low-density or cities on inaccessible terrain. The platform consists of the Drone Flight Control Center (DFCC) supervised by city authority on the server-side, and APP/HTTPS-based application on a client-side. Through the client application, the drone user is requesting a ride deﬁning time, start & ﬁnal destination and the cargo. DFCC is approving corridor routes in real-time based on risk analysis, taking into consideration drone performance, external factors such as weather conditions, and cargo list. During the ﬂight, DFCC is monitoring drone ride by the Global Navigation Satellite System (GNSS) with continuous ﬂight auditing and management on possible enforcement interface.

For whom: Primary users of DFCC and the APP are citizens, city goverments and delivery companies in low-density or cities on inaccessible terrains, as well as citizens with walking disabilities.

Expected beneﬁts: The platform for drone operation is eco-friendly, and will be adaptable to diﬀerent urban conditions, making it good last-mile solution. The use of unmanned drone services would certainly be beneﬁcial for citizens in low-density or cities on inaccessible terrains, or, in the case of a pandemic, to everyone. 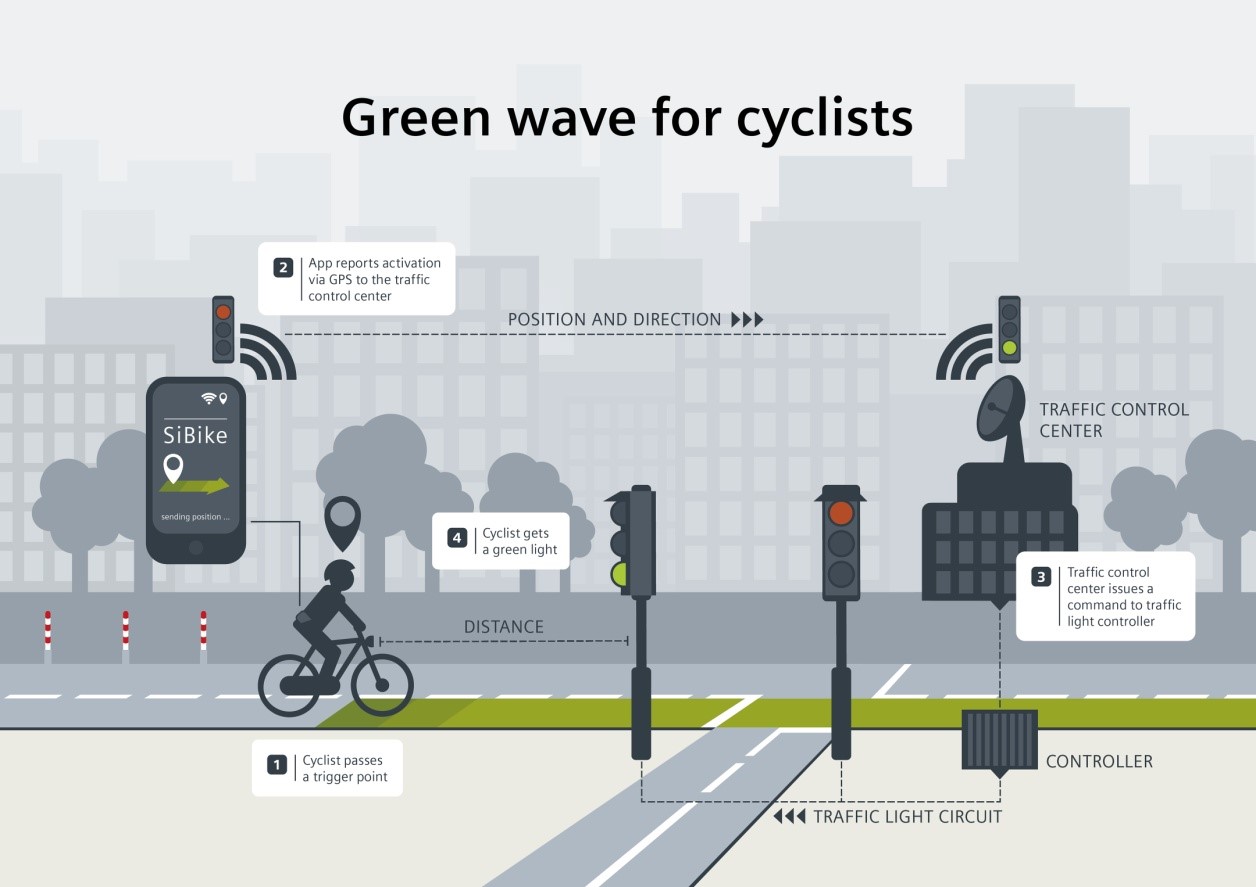 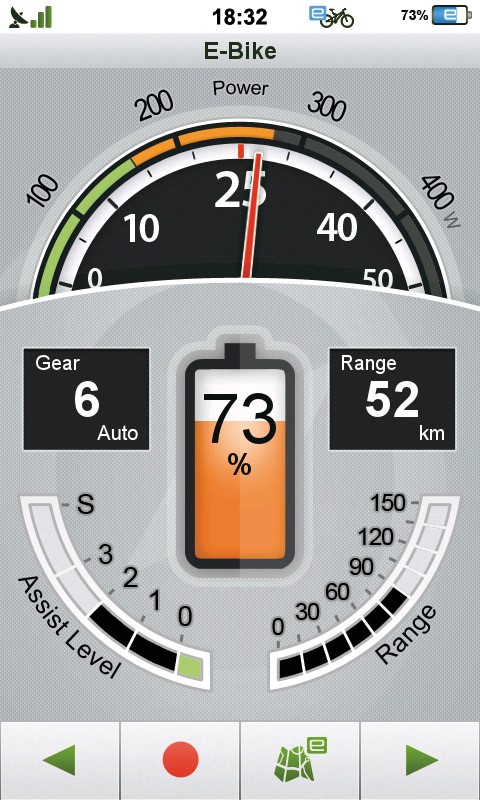 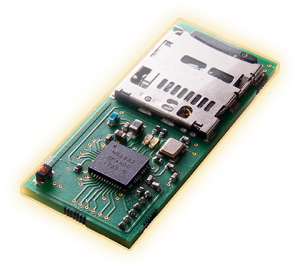 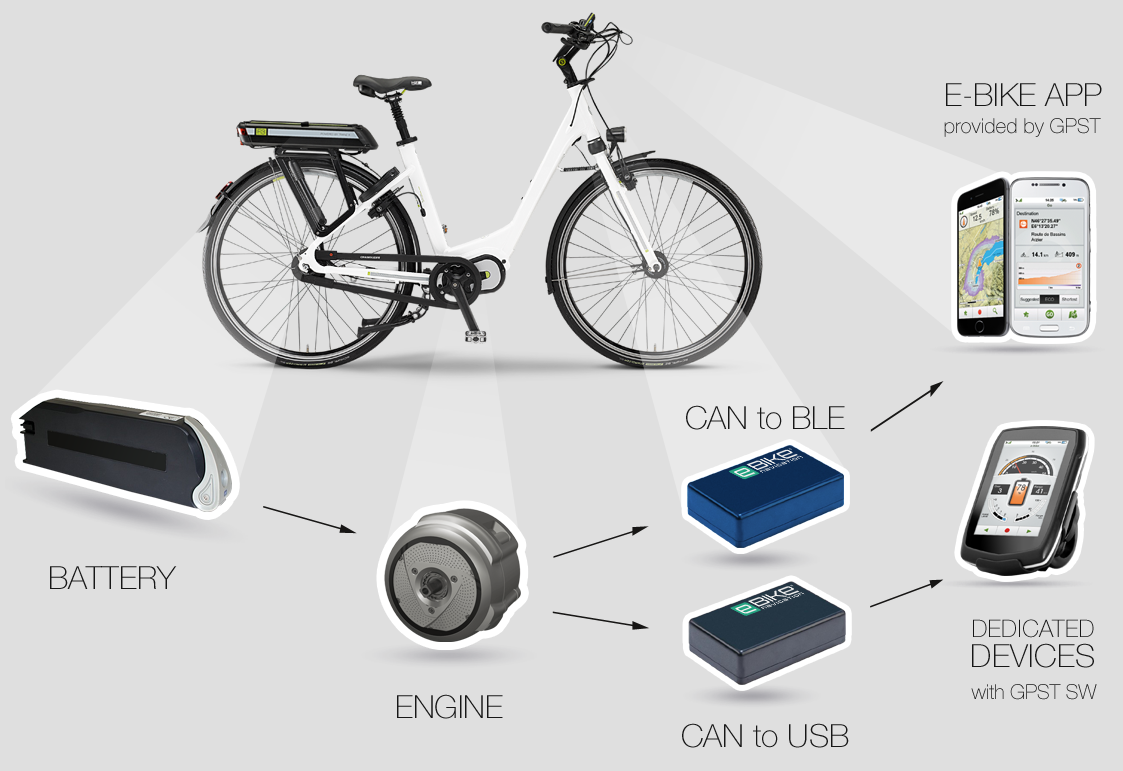 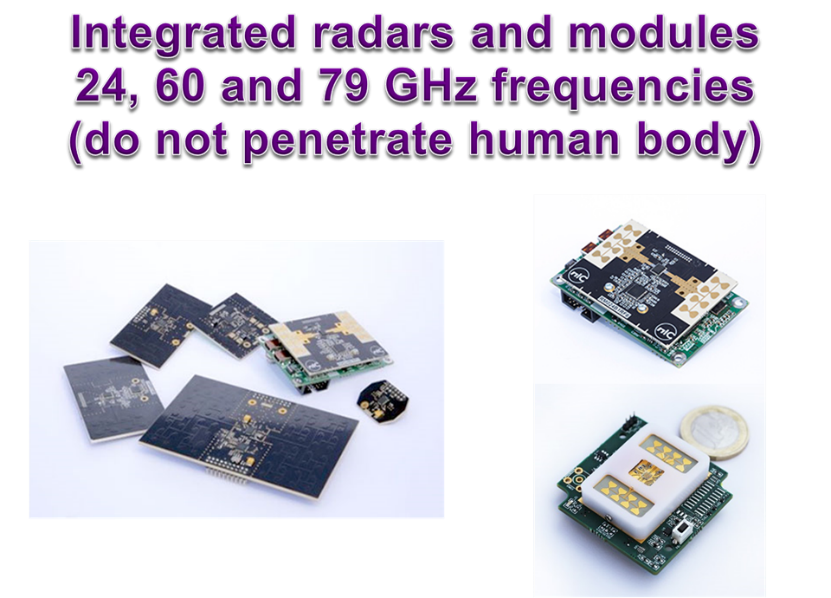 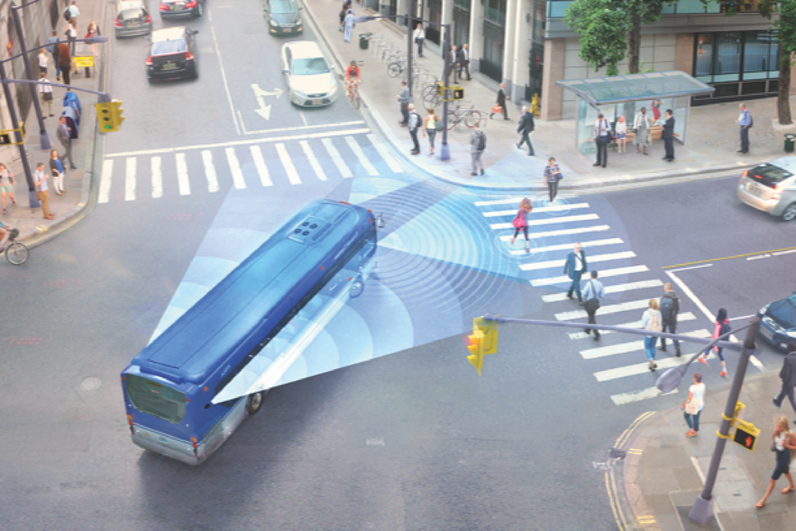 Secondary use of EV-batteries for Energy Storage (SEVES)

Elimination of spontaneous combustion of lithium ion and lithium metal batteries due to lithium dendrites, growing on impurities in electrolytes, punching through a separator and short-circuiting an anode and a cathode. 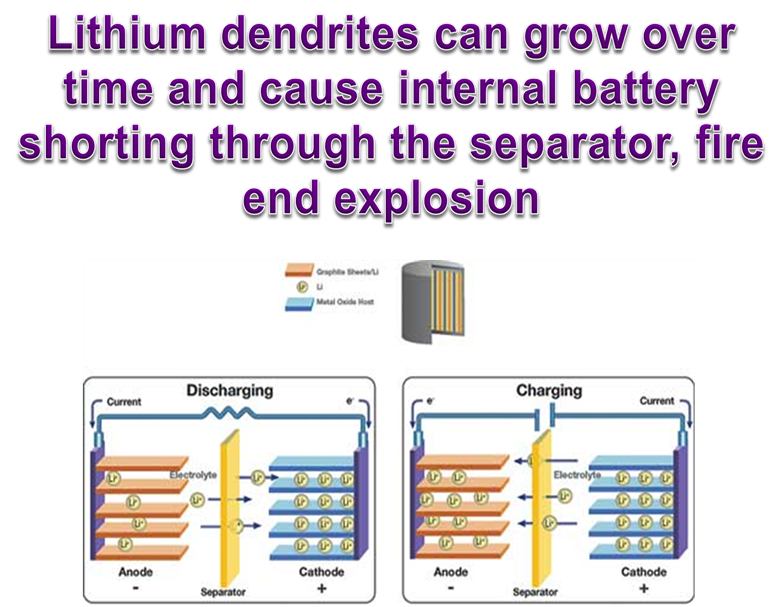 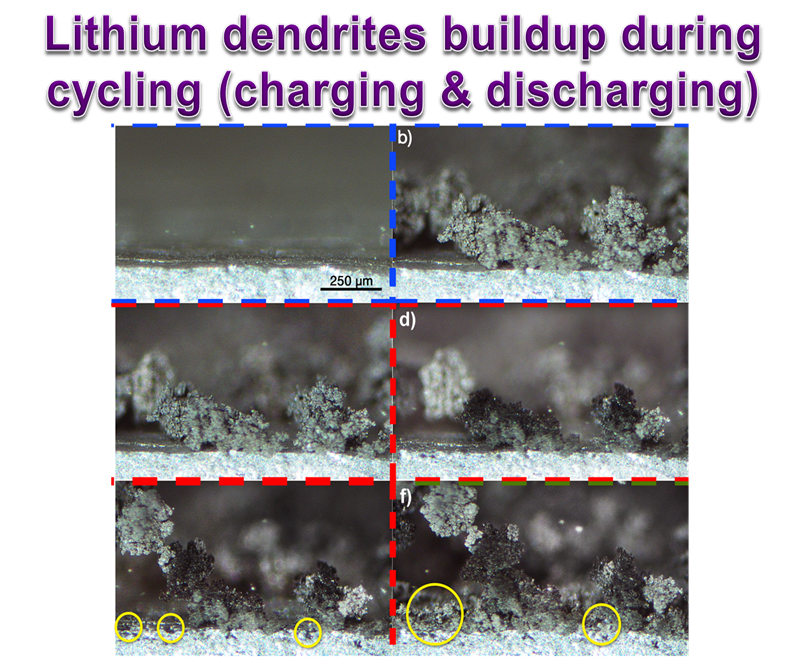 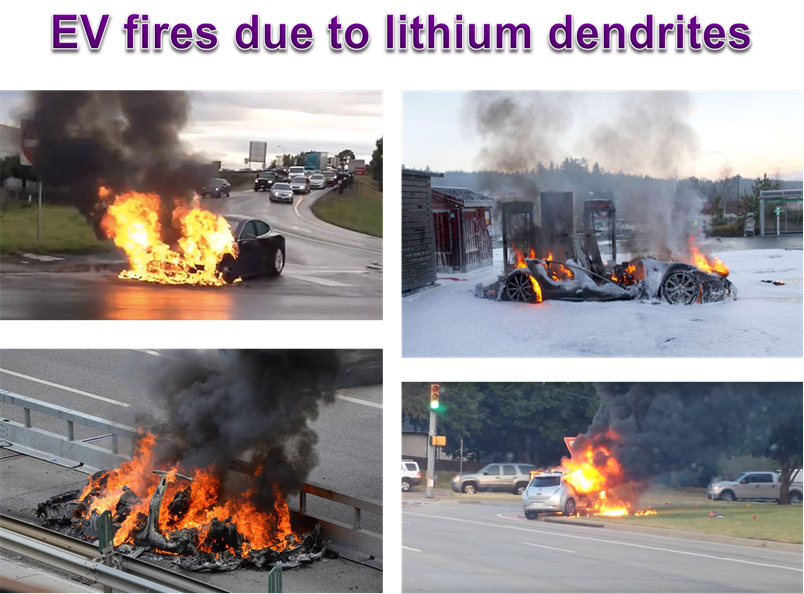 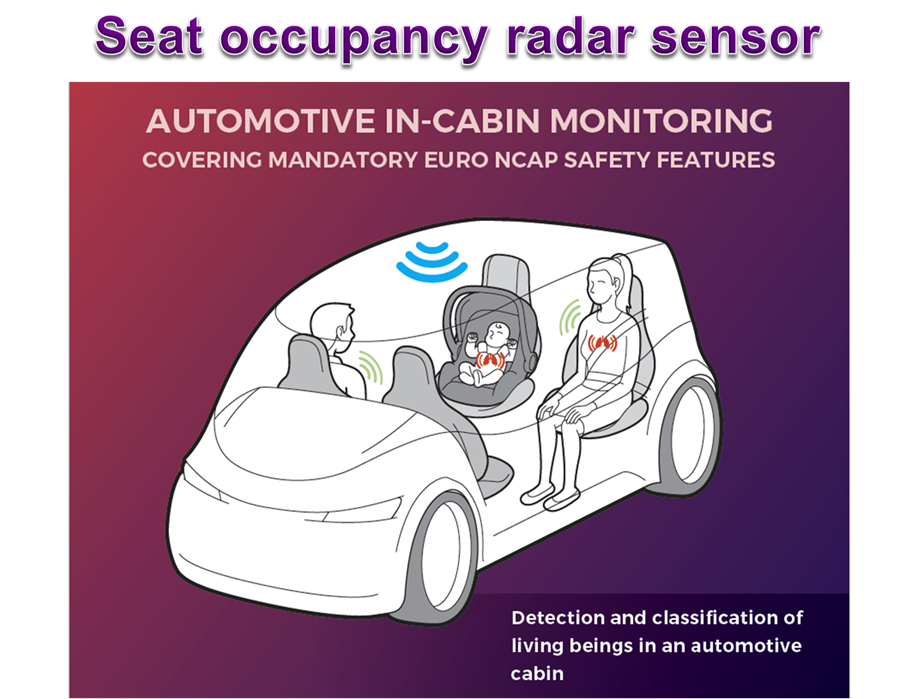 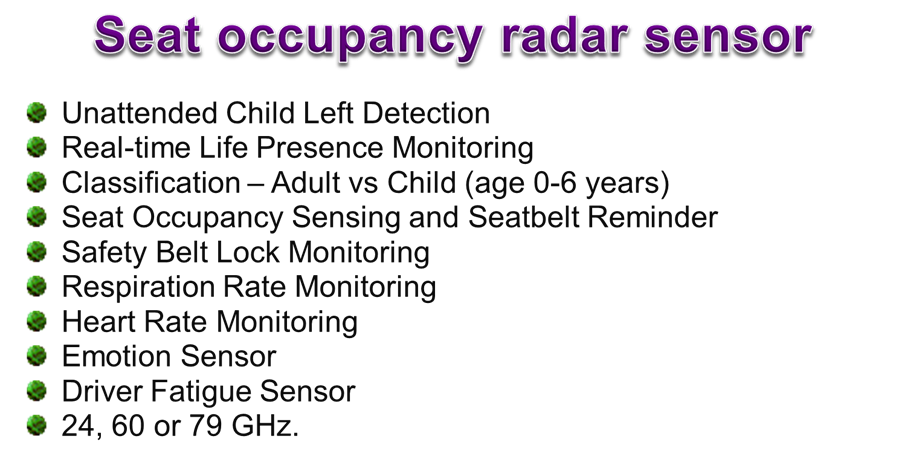 Speed sign recognition by vehicle camera and accurate maps with the position of speed signs, will improve traffic safety in cities, especially nearby schools and hospitals. 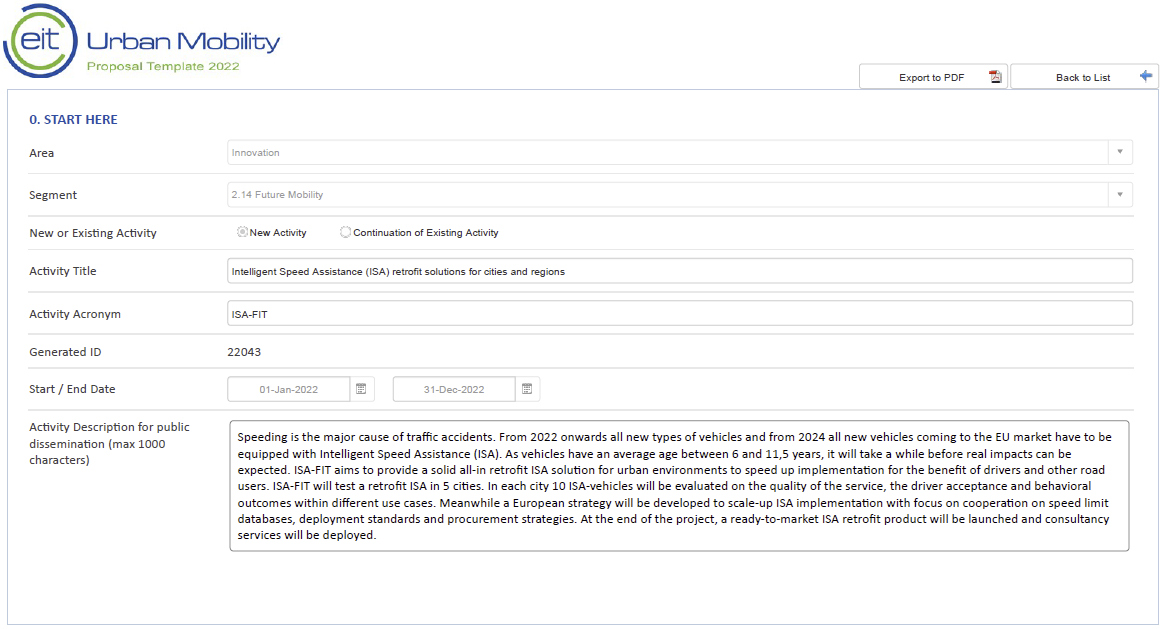 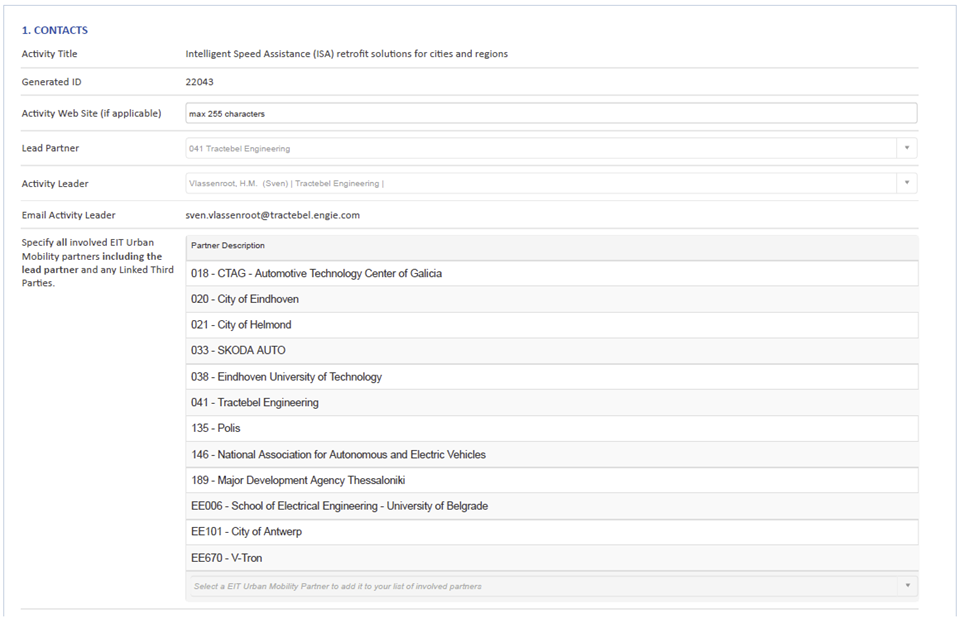 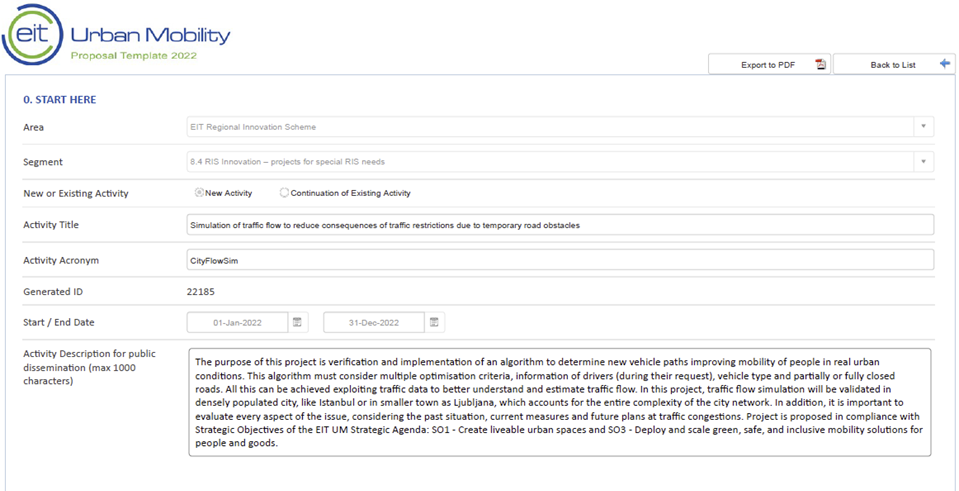 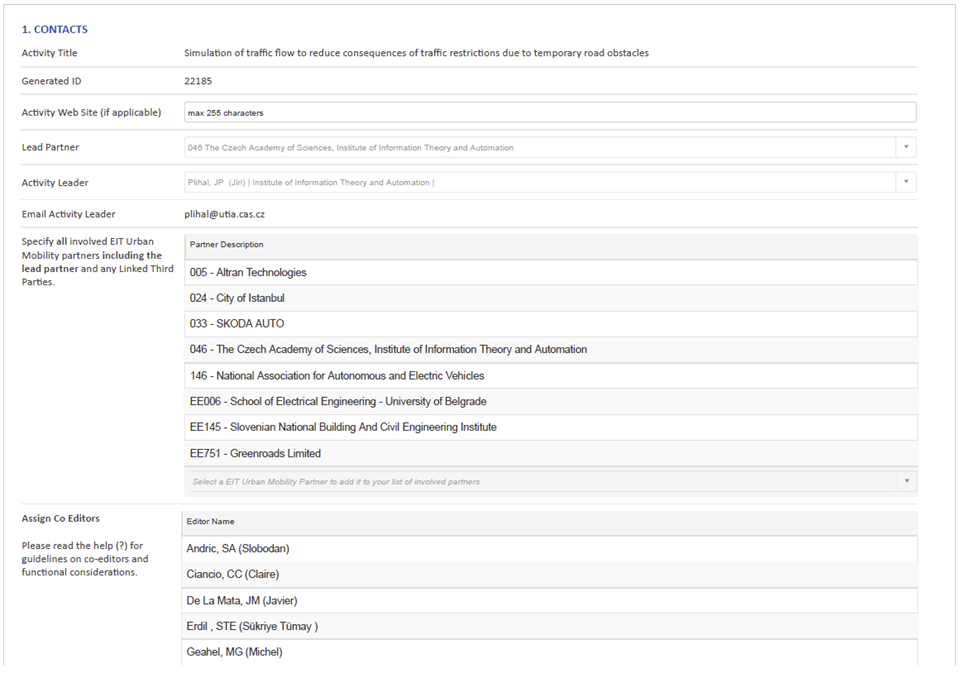 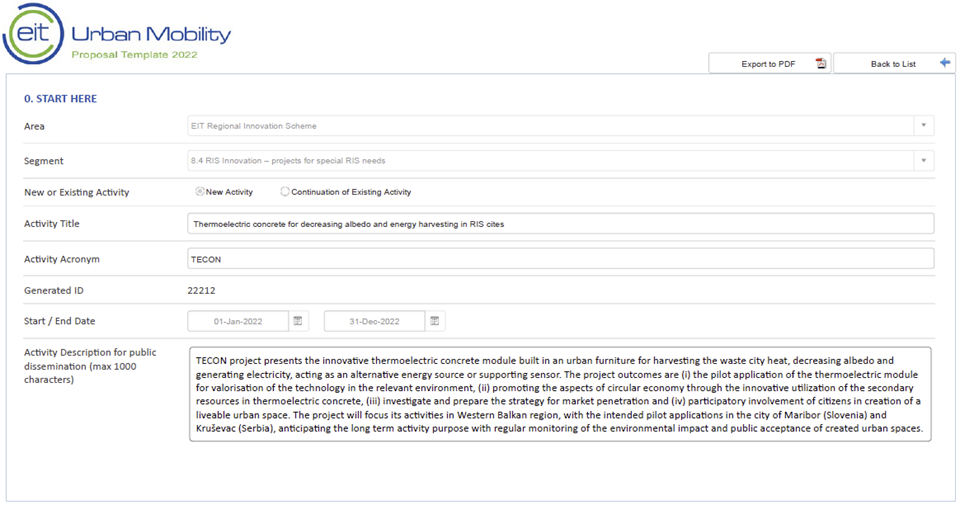 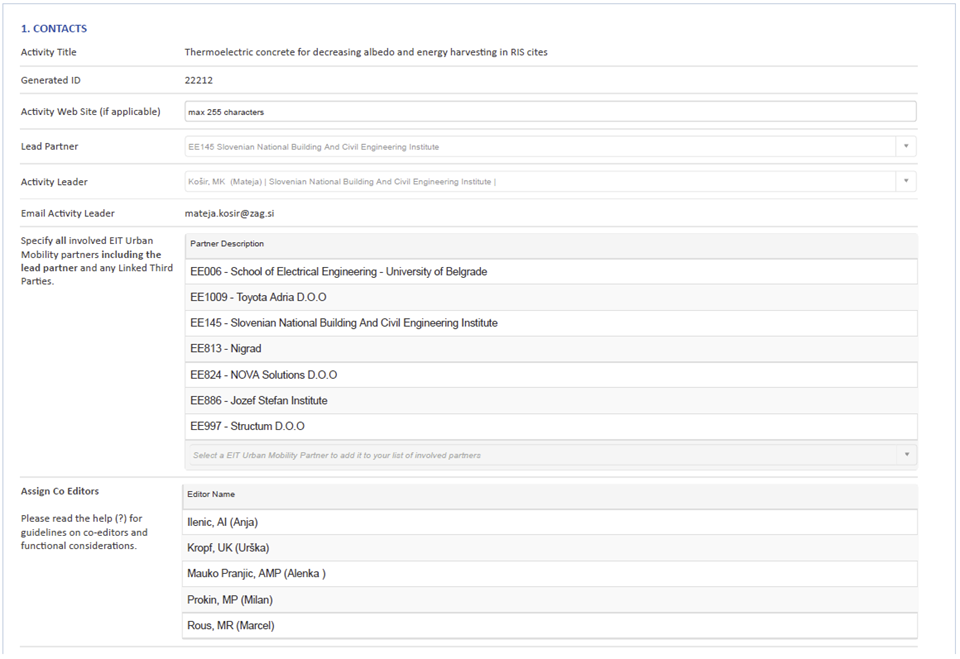 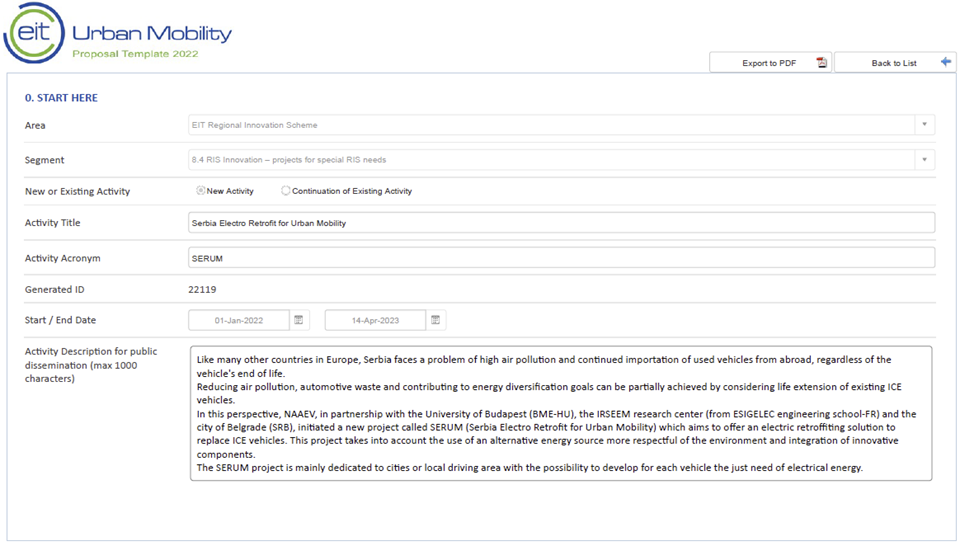 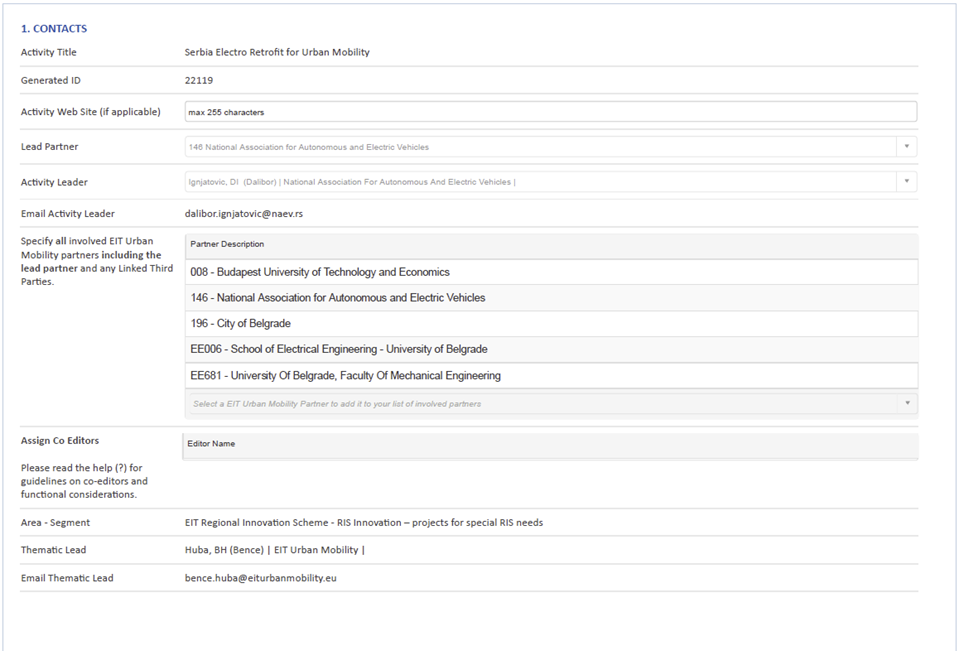 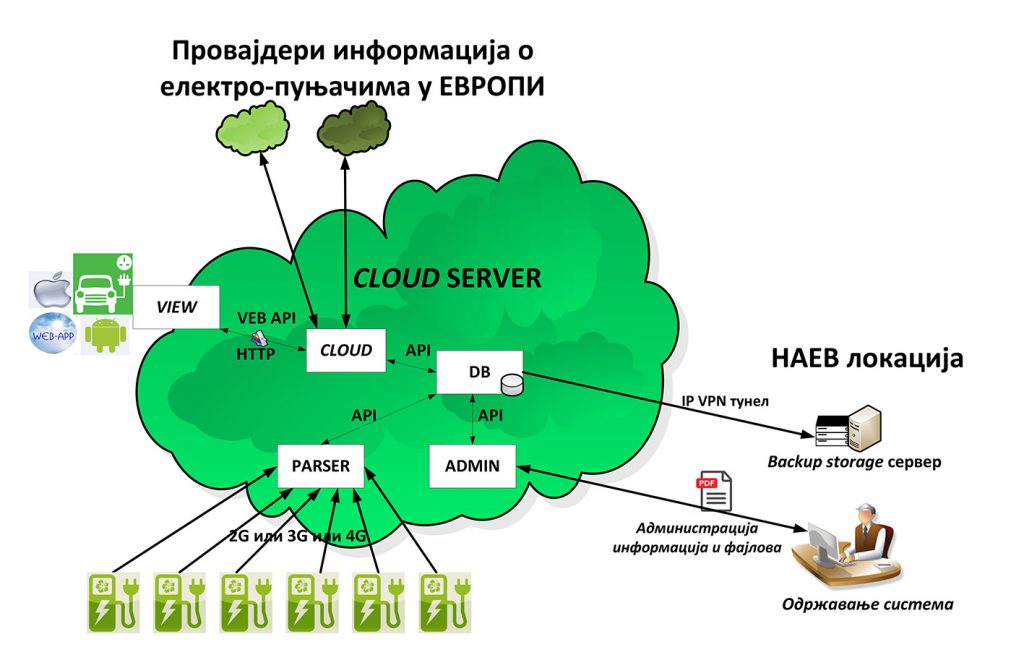 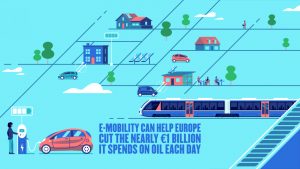 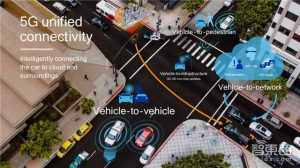